The value of reviews.

There has been a lot of talk on Facebook and Twitter about writers and publishers paying for reviews so I thought I would make this the subject of my post. I certainly have noticed a correlation with the amount of sales I make on Amazon to the amount of reviews I've got; it doesn't seem to matter that there are several negative reviews as well as the positive. Of course a review is subjective - there are books, if I was forced to review, I would only give two or three stars to because I don't like books written in first person present tense. I know these books quite often very well written they're just not thing I want to read. I wouldn't dream of writing a negative review for a book just because I don't like the style. If you look at the site 50 Shades of Grey has more one and two star reviews than it does five star, the same has happened for War Brides another runaway bestseller. What matters, I think, is that they both have hundreds, if not thousands, of reviews. Recently there has been a case of a writer leaving leaflets about their book in a Waterstone's and the sales staff taking umbrage and attacking the writer on Amazon with scurrilous reviews. This book has only sold a handful of copies up to that point, but I'm sure the resulting publicity in all the papers has proved financially beneficial to the author. I'm always suspicious of five-star reviews; I think a lot of them might well be written by family and friends. After all, I don't think there are many perfect books! I've had 90% excellent reviews of my books most of which I've forgotten stop however, I think I could quote you from every one of the negative ones. So –do reviews have any real value? It must be so if publishers and authors are prepared to pay large sums of money in order to acquire them. I've been told that Amazon only feature your books in any of their marketing if you’ve had dozens of five-star reviews. What do you think? Are they a reward for good writing or a displacement activity for readers with too much time on their hands? Sometimes I think the particularly nasty reviews might be written by disgruntled writers who are not selling as many books themselves. Would love to hear what you think? Fenella Barbara's War - coming 5th October.
Posted by Fenella J Miller at 08:02 5 comments:

Getting Over the Wall

There comes a point about mid-way through writing a pocket novel (or indeed any novel) when I hit what I call 'a wall'. To me it's a bit like the wall encountered by marathon runners when half way through the long race they feel they simply can't go any further. Of course they do manage to run through it and finish the race and likewise I do manage to get on and finish my 50,000 words but it's not a nice feeling.
Now that I have written six PN I know that I will get that 'wall' every time and I'm ready for it. At this point, one can do several things: give up on the story and start something else (I did this a few times early on only to discover it happening all over again!), give up writing for a while (did this too but only wasted time), write XXX and go on to a pivotal scene or a dramatic bit that's exciting to write (this doesn't work for me as I have to start-middle-end with no dotting about) or simply wade on, scale the wall slowly and painfully and drop down the other side before steaming on to the end.
I scale the wall. It's not pleasant but if I plod on I always reach the other side and I can edit what I've done later on. 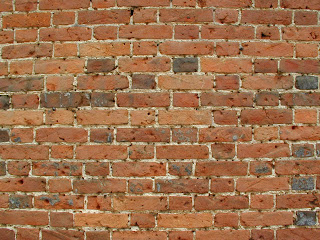 
Following last week’s post, moving forward is the next stage. How do you do this? For me, it’s a case of following an idea I had ... sparked by something I saw or read, recently or way back. I so agree that once something is finished, it is vital to move on. Makes the waiting for acceptance much easier too!

So, what is next? I decided that I’d write something for People’s Friend for my next one. I was given a gift of a day as a zoo keeper at Newquay zoo last year. I had such a good day, trailing round from one keeper to the next. I started the day helping to make the meals. It was interesting to see what they were given to eat and reading the lists of who had what, was quite fascinating. Various stores provided some of the food and everything had to be of very good quality. I fed lemurs, petted monkeys spent time in the dark with the night creatures and went to the African section to meet up with various mammals.

One of the best bits was sitting with the other keepers for lunch. It was fascinating to hear them chatting about progress with different animals ... who did what and how they’d reacted. I definitely got the impression they were mostly happy people in the career of their choices.

The afternoon was spent feeding penguins, meerkats and standing inches away from a huge lion. He was gorgeous and one of my outstanding memories of a great day.

So, there we are, I have the setting. I can create characters from the beginning they gave me and suddenly, there is the start of my story. It won’t be too much zoo to begin with and there is a rival to the zoo keeper who I suspect will be my hero. But then, she has met someone else so the hero is definitely ‘in waiting’. And her friend’s mother has been taken ill so she is left to cope with everything for the wedding ...

It’s still early days in the process of a story developing but it could work!

Posted by Chrissie Loveday at 11:13 6 comments:

To Marry a Duke

To Marry a Duke is free on Kindle until Sunday morning. http://amzn.to/RWWAqe Lady Allegra Humphrey knows her place is at the top of the aristocratic tree and she has no time for cits. If she and her twin brother, Richard, Lord Witherton, the Duke of Colchester wish to retain their position in society they will have to make compromises. Self-made millionaire Jago Tremayne now owns St Osyth’s Priory, Allegra's ancestral home, and is determined to own her as well. Rejected by the haut ton, Jago believes he has the perfect plan to ensure both he and his daughter, Demelza, will soon be welcome in the best drawing-rooms. Marriage is the answer! However, there are people who do not wish to see the union proceed and are prepared to commit murder to stop it. This is like an extra long pocket novel - and came out with Robert Hale originally in 2006. Hope you have time to download it. Fenella
Posted by Fenella J Miller at 16:25 No comments: Great!
You have sent your perfectly honed pocket novel, short story or longer work to a publisher or editor. While you wait optimistically for word from them, you can now turn your thoughts to a ‘normal’ life.
What will you do? Visit friends, go shopping, have a holiday? The possibilities are endlessly exciting. You will be able to catch up with the homework for your writing or reading group, the date of which usually catches you by surprise.
On the down side, you also have no excuse not to get up to date with dusting, ironing and other riveting chores around the house.
Then, out of nowhere, a thought, phrase or scene flits across your mind and you reach eagerly for the notepad that is always close by like a con-joined twin. You’re off again into the world to which you are addicted.
Good luck with your writing.
Posted by Patricia Keyson at 07:58 4 comments: 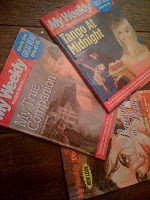